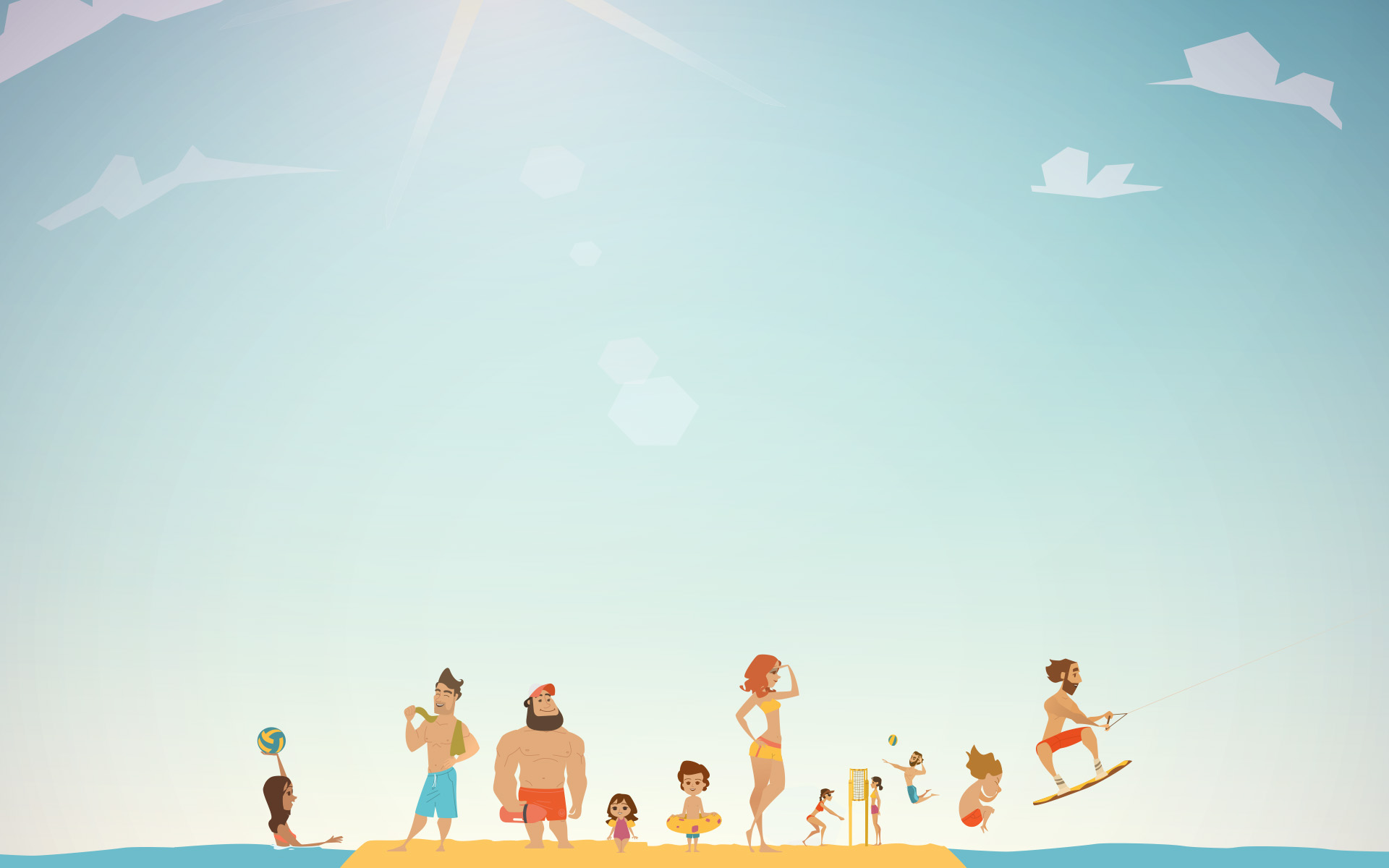 is located in a beautiful and quiet location in the middle of Hostivař Forest Park. Only a few minutes away from the center of Prague you will find a natural swimming pool with the largest body of water in Prague, around which lies one of the most beautiful natural parts in the capital.

The main and nudist beach

The area is suitable for the general public, families with children, athletes and all lovers of nudism.

For this season, we have prepared babysitting every Saturday and Sunday. We have expanded the offer in our sports rental shop with additional paddle boards, 4 new pedal boats with a slide, two slack lines, a fit zone and deck chairs. Despite the complications with Covid 19, we believe that it will be able to offer a rich sports and cultural program. In the newly reconstructed stalls “No stress” and “Burger bar”, we have expanded our offer with meat skewers, shredded meat from a home smokehouse, sausage in loaf and other delicacies. 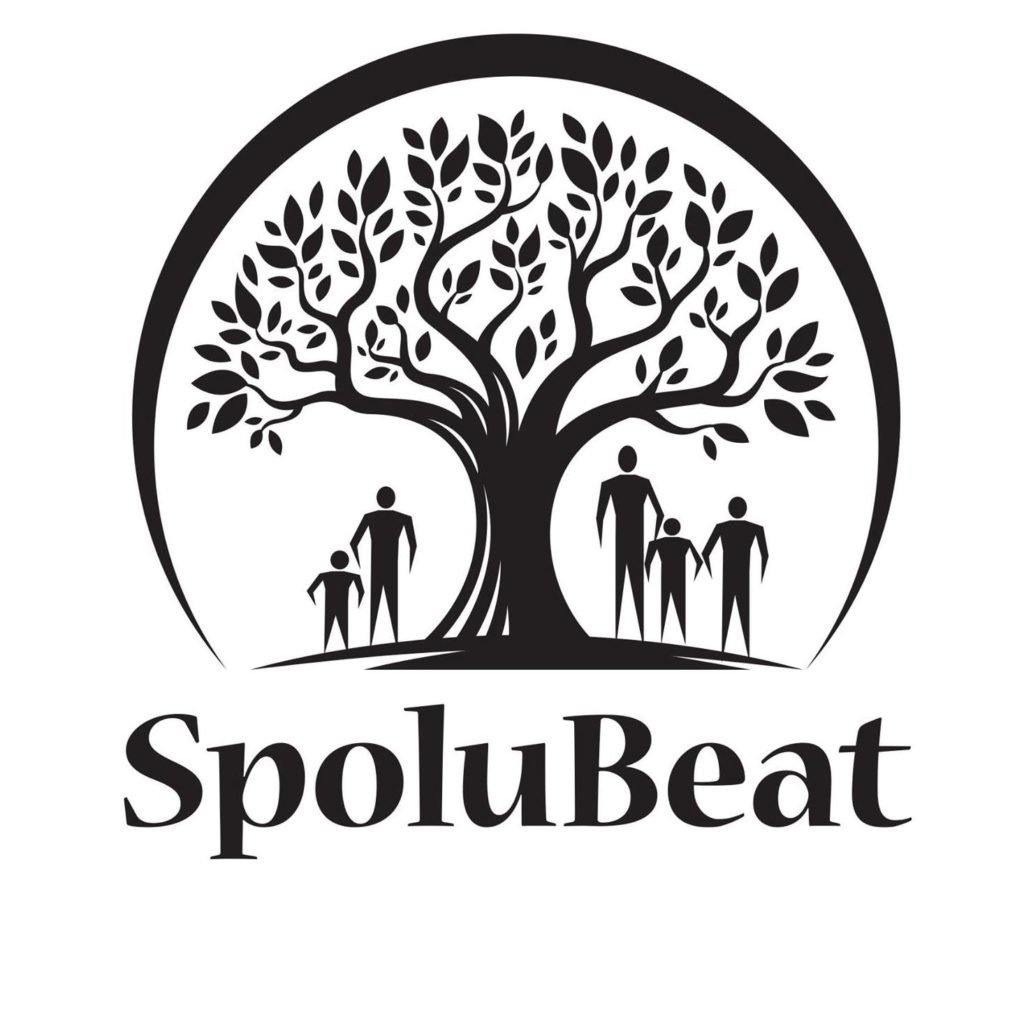 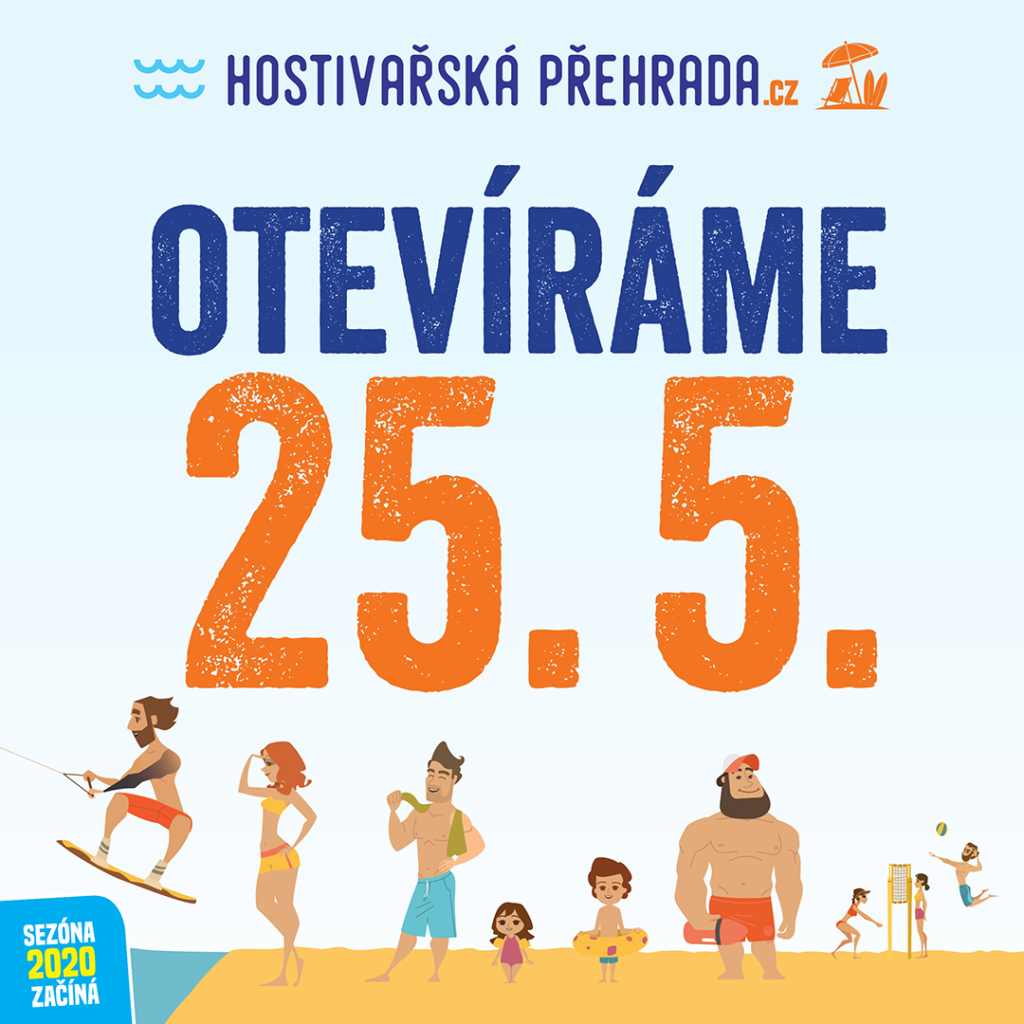 Part of the main beach is covered with grass which leads to the long sandy beach with a gradual entrance to the water which is perfect also for little kids. In the left side of the beach is long pier available for those who want to lay straight next to the water. In the areal, there is plenty of space to relax and sunbathing for everyone.

Changing rooms and social facilities with drinkable water are distributed within the whole area. In the area are also different kinds of kiosks with refreshment and sports playgrounds.

One of the most beautiful and oldest nudist beaches in the Czech Republic is located on the quiet side of the Hostivar reservoir.

Part of the nudist beach is also two kiosks with the diverse offer of Czech cuisine, homemade lángos, sausages, steaks, fried cheese, homemade lemonades, and other delicious dishes. There is no nudity restriction in the area of the restaurants.

On the nudist beach are periodically every Saturday (sometimes Friday) happening summer dancing parties with DJ´s or bands. 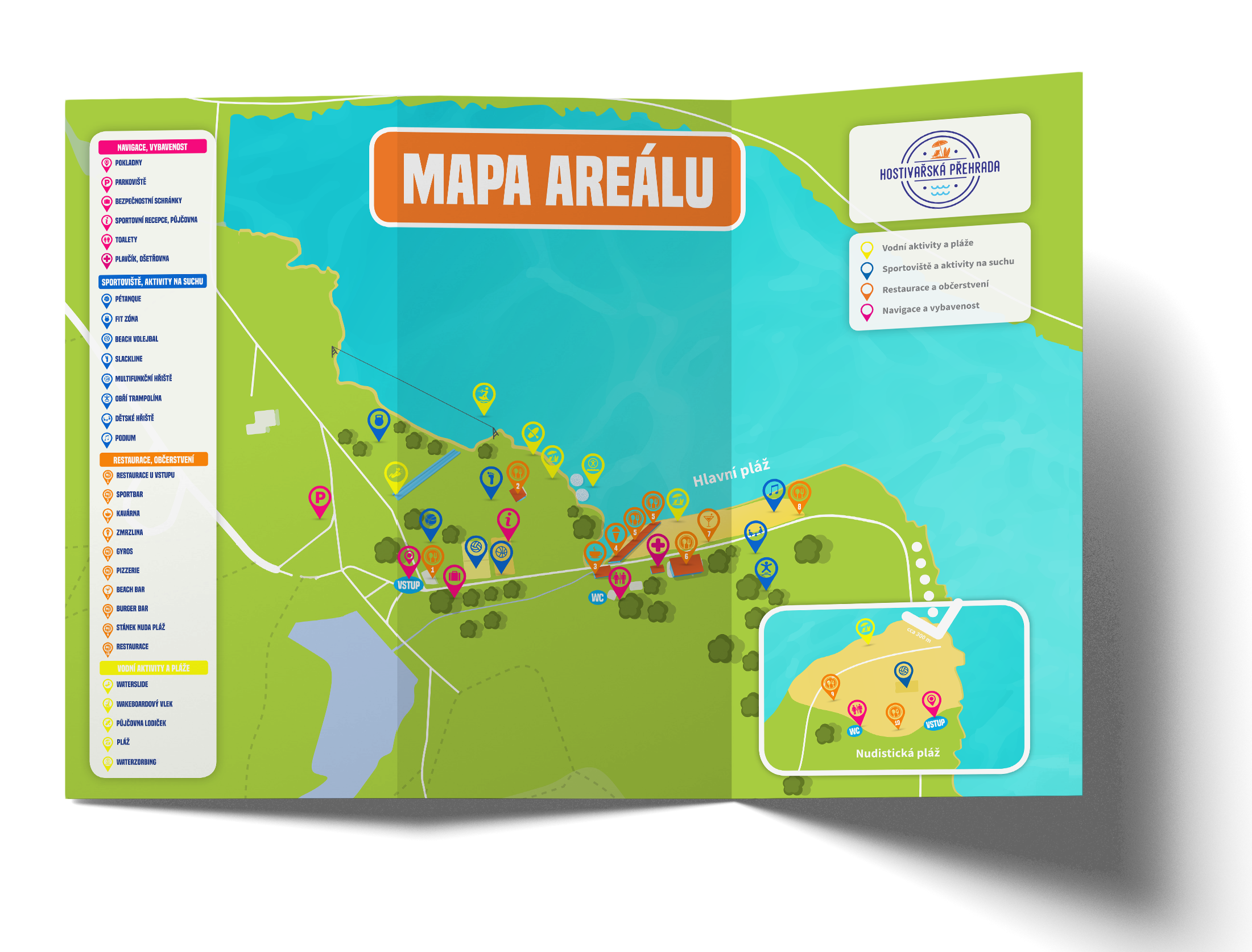 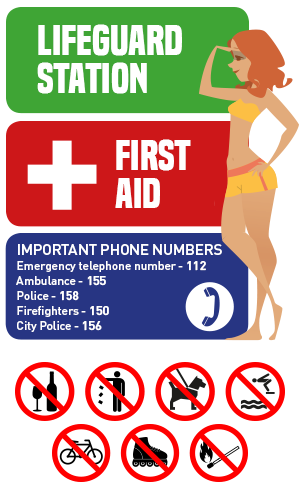 It is hard to imagine how the Hostivar reservoir looked like years ago but there are still witnesses who do remember the old times. They do remember the old romantic valley between Hostivař and Petrovice where the creek Botič flowed and where people went swimming in between the old willows. And because of its popularity, people started to think about nature lido. The first one was created between 1924-1925 by blocking of the “5th pool”. It was built by the football players of the SK Hostivař and it worked for one year but then it was destroyed by the flood.

The second lido was built in 1927 by the municipality. It had a concrete bottom and supposedly it was a very expensive investment even though the bottom was very shallow. This lido was placed in the same place where is reservoir build today. The pool was built on the north side so there was no sun and because of the shallowness was very soon full of mud. The pool was open for the public for one year and then put out of order. Although it was closed it was still mentioned in the maps of Prague in the year 1948.
In June 1940, an article was published in the Hostivař Sokol newspaper – The Notifier – about a projected swimming pool behind the Moucha´s mlýny (it stood in the middle of today’s dam between the dam and Petrovice). Efforts to build new lido had come from the Národní souručenství with hostivař Sokol. Unfortunately, only the wish remained.

Lido with the longest period of operation was the one build in 1948-1950. The idea about lido was set up also by the Sokol and the main organizer become Miroslav Špánek, member of TJ Marius. He has drawn the plan and helped by himself during the construction for 1634 hours. First of all -The land where there is a semi-circular high hillside facing south (today it is a place on the other side of the second beach) was bought. Brigade made a new trough for a Botič which was meandered there. In the old trough were build two pools and one paddling pool. The build was done in two years by 130 members of Sokol and other temporary workers. They worked on it about 10 thousand hours. Brigades from Obus, TOS and Film Studios also helped. The walls of the pool were created from concrete and on the bottom was river sand. The dressing room (12 x 4 m) was built by carpenter Karel Párys with M. Špánek in two days. The track for a material transport was lent by V. Červený (one of the first factory in Hostivař – founded in 1884).

How did the pools look like? The Botič stream was led to the trough the dam where was filter and from where the water flowed to the paddling pool (60 x 6 meters with the 40 cm depth). From the paddling pool the water flowed to the big pool for non-swimmers (15 x 10 meters with the 80 cm depth) and from there continue to the big pool (50 x 23 meters with average depth 170 cm). From there was outfall back to the Botič stream. The water was changed by its fallout which was regulated by floodgate.

Filling of the pools lasted circa 4 days because in the year 1950 the botič stream had not enough water. 9th July was the solemnly opening of the new Lido. Since that time was lido with a grassy beach very favorite place. It existed for about ten years until the new reservoir was about to be built. The old lido is today on the bottom of the new reservoir.

The centennial water in the big flood on 8.7.1958 extremely damage Hostivař (it destroyed also the fishing club build by fishermen in 1951) and lead to the decision of creating the big reservoir which should protect the city. The construction was made between 1961-1963 and during it was Mocha’s mill flooded and now it lays on the bottom of the new reservoir. The new 13 meters high and 112 meters long dam was created. The reservoir with the total area 43,3 HA was filled in 1964. It is 12 meters deep and can withhold 2,1 millions of cubic meters. Besides the protection reason, it was built for recreation use. That is why on one side on the Vatra was planted 250 HA of the forest which was added to the existing 70 HA of the forest. The upper part was transformed into the park. New sightseeing roads were built and one of them the 3 km long follow the shape of the reservoir. For easy access for holiday-makers was created a new bus line named recreation line with number 226.
Besides the reservoir was created also “boat” line. This boat line was operated with catamaran named Turtle 2. The boat line was decommissioned after a few years.

Today is this place paradise for holiday-makers and fishermen. The reservoir is rich in a number of the fish species and some of them grow really big. ONe of the biggest fishes which were caught was carp with weight 15 kg, catfish with weight 50 kg or white amur. Unfortunate evidence of the big fishes living in the reservoir was a big flood in 2002 when people found Silver carps with weight 30 kg.